Blog
Doctors @ Your Home / Health / The Cure for Depression is in the Blood?
Sep 26

The Cure for Depression is in the Blood?

A blood test could help doctors tailor treatments for depression — by identifying which drugs will be most effective in each patient.

According to a recent study, an analysis of blood samples can highlight high levels of inflammation in a patient and help predict which drugs may not be effective. Other recent studies have found a link between increased inflammation and lower success rates from treatment.
Identifying this increase up front can help predict which people may need more aggressive treatment early on.
Currently, treatment for depression involves a process of trial and error, with doctors prescribing a particular drug for periods of up to 12 weeks and monitoring patients for any improvement. If no response is seen, a new drug, or combination of drugs, is tried until one is found to be effective.
“If [patients] don’t get better, they just switch drugs and then switch again with hope that one will work,” said Carmine Pariante, professor of biological psychiatry at Kings College London, who developed the test and led the study. Depression is among the most prominent mental health conditions globally, with an estimated 350 million affected worldwide. Although treatment for the condition can vary, the most common treatment, particularly in industrialized countries, is the prescription of antidepressant drugs.
But it is estimated that half of all patients with depression will not respond to first-line antidepressants. These include selective serotonin reuptake inhibitors such as Zoloft (sertraline), Paxil (paroxetine) and Prozac (fluoxetine).
“This blood test could cut down this time [in which] people don’t respond,” Pariante said.

To test the effectiveness of its blood test, the team used it on 140 patients with depression before they began a course of treatment. They tested for two biological markers in their blood — known as MIF and (IL)-1 β — and found one-third of people in the study to have levels of these markers above a chosen threshold for inflammation.
Women need better info on antidepressants and pregnancy, CDC says
This same third then failed to respond to any first-line drugs.
“We determined with 100% accuracy when patients will not respond to these first-line drugs,” Pariante said. “This one-third need a more complex intervention.”
Complementing this finding was the fact that people with the lowest level of inflammation were the most responsive to treatment.
However, the team acknowledges the small scale of the trial and the need to use the blood test in a real-world clinical setting, such as a hospital, to see its true potential.
“We want to test the ability of our blood test to improve quality of care,” Pariante said.
Currently, the team is further exploring the role of inflammation by testing the potential for anti-inflammatory drugs to be combined with antidepressants in order to improve treatment.

The link between inflammation and the severity of depression has been known for some time, thanks to previous studies by Pariante and other experts in the field. 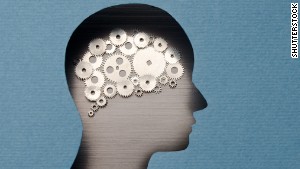 Therapists biased against black, poor patients, study finds
“The study clearly identifies the connection between inflammation and depression,” said Eva Redei, professor in psychiatry and behavioral sciences and physiology at Northwestern University.
Research by her team has also used blood tests to identify factors relating to depression, including markers to actually diagnose when someone has depression.
Her team used “blood-based biomarkers to distinguish depressed patients from non-depressed, healthy controls … [but] some of our biomarkers were also related to inflammation,” she said.
Inflammation is thought to affect the same mechanisms targeted by antidepressants, interfering with their success, and to increase the production of toxic compounds in the brain that can increase depressive symptoms. Finding ways to test for this inflammation is therefore likely to be beneficial in treating patients.
“The two markers the authors investigated can predict, to some degree, the treatment efficacy of antidepressants,” Redei said.

“The study also raises interesting questions regarding the comorbidity of depression with generalized inflammation,” Redei said.
Along with Pariente, she is eager to find ways to treat people suffering from depression more effectively. They both believe it is important that clinicians recognize that depression is about more than just the mind.
The new study “highlights the importance of physical health in the context of depression,” Pariante said. Inflammation can be a result of various health issues, including infections and conditions such as diabetes.
“The body can participate in the severity of the depression and the responsiveness to antidepressants,” Pariante said.

For now, the findings remain limited, but offer new avenues for improving treatment in the future.
“We welcome research which adds to our understanding of treatments and medications that may work for people experiencing mental health problems. These initial findings are interesting, but, as with all areas of mental health, there is still more research to be done,” said Stephen Buckley, head of information at the mental health charity Mind.
“Different people will find that different treatments help to manage their mental health. What is most important is that people have the knowledge needed to access the treatment that works for them, whether this is medication or alternatives such as talking therapies or a mixture of both.”